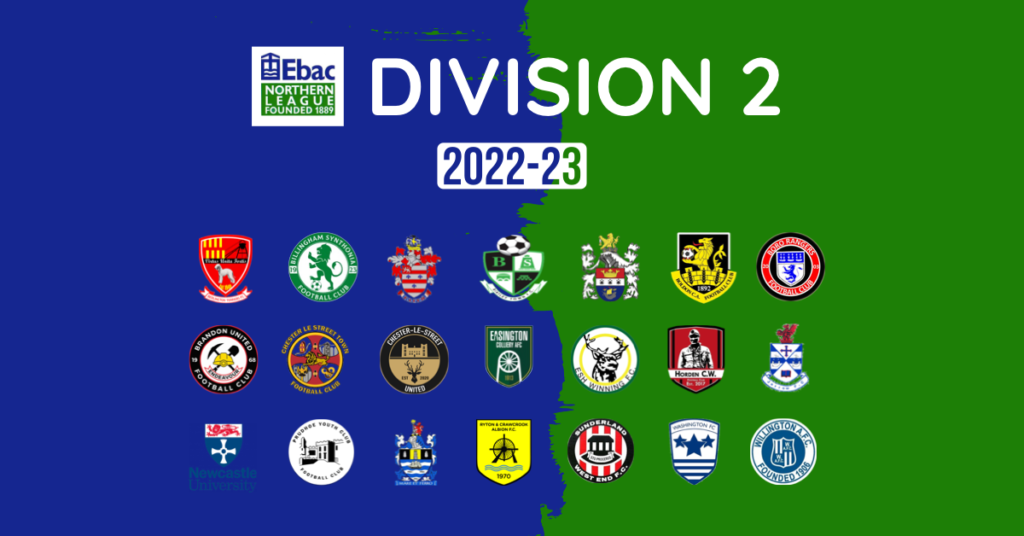 The fixtures have been released for the new season and Ryton & Crawcrook Albion will begin the 2022-23 Ebac Northern Football League Division 2 campaign with a trip to Easington Colliery on Saturday 30 July.

It’ll be back-to-back away matches to start off the new season for Daniel Iredale’s side, who will be visiting newly-promoted Chester-le-Street United at The Riverside three days after Easington.

Albion then welcome Billingham Synthonia to Kingsley Park in their first home game on Saturday 6 August.

The regular season is scheduled to conclude on Saturday 22 April 2023 with Jarrow visiting Crawcrook.

There are ten matches provisionally scheduled for the first five weeks of the season and ten consecutive midweek rounds in a packed opening two months.

The Division 2 champions will again be promoted automatically to the Northern League’s top tier this season whilst a four-team play-off will be used to decide the other team to go up, and the bottom three sides in the 21-team division will be liable to relegation.

Ryton & Crawcrook will host neighbours Prudhoe YC Seniors – promoted from the Northern Alliance Premier Division – in a first ever Northern League “Tyne Valley” derby on August 20, with the return at Kimberley Park scheduled for February 18.

Durham-based Boro Rangers – promoted from the North Riding Football League – visit NE40 on September 17 with the reverse fixture scheduled at New Ferens Park on March 18. Chester-le-Street United, who were promoted from the Wearside League, visit RACA HQ on October 19.

Albion travel to rivals Newcastle University – again based in Prudhoe – on September 10, with the Uni making the short trip over on March 11.

Billingham Town – who were the only team to be relegated from the first division last term – host RACA on Teesside on September 13 while the return fixture will be on December 17 – the last match of the year. And, after a three-week winter break, Albion travel to Chester-le-Street Town on January 7 in the first match of 2023.

There are currently three RACA matches planned to take place during this year’s FIFA World Cup in Qatar which runs from November 21 to December 18.

There will be a couple of different ‘away’ venues to visit this season on top of the new clubs. Billingham Synthonia will be playing at Stokesley Sports Club and Washington are due to be at The Northern Area Playing Fields.

Meanwhile, there are a number of “free” Saturdays to allow for any postponed fixtures to be rescheduled and for FA club competitions. The FA Vase First and Second Qualifying Rounds are scheduled for 27 August and 24 September respectively with the draw expected to be released on 8 July.

Details of the Northern League’s cup competitions will follow in due course. RACA are holders of the Ernest Armstrong Memorial Cup.

The end-of-season Division 2 promotion play-offs are pencilled in for the week commencing 24 April.

The full fixture list is available on the season fixture graphic below.

You can sync RACA’s 2022-23 fixtures to your calendar via Apple, Google or Outlook.

All fixtures are subject to change. Please check the website Matches page and follow our social media channels (@RACAFC1970) for updates.